Autumn has really arrived. With the drop in temperature, the cold and damp this is the time for the first niggling sniffles, sneezing and irritating coughs to appear, which can often be difficult to shake-off. In the past, we would have harvested rosehips and Elderberry’s, which are rich in Vitamin C and chemical compounds which boost our immunity to protect against bacterial and viral infections, to make syrups and jam. These would have been eaten in late summer and early autumn to prepare for the winter and to ward-off colds and flu.

However, it is not too late to strengthen our body’s defences, which will both help to prevent catching coughs and colds and also to recover from them much faster if we do go down with anything. As a Naturopath and Herbalist, I would like to share some of nature’s secrets.

Echinacea (Echinacea purpurea) is one of the best known immune boosters. An herbalist will very likely use this herb as part of a formula to boost immunity, as it works by increasing the white blood cells. This is just one of the functions of the immune system, which both protects against and fights infections.

Elderberry (Sambuca nigra) is another wonderful herb for both boosting the body’s defences and treating an ongoing infection. Elderberries are particularly rich in vitamin C and also have chemical compounds which help to prevent catching a cold and shorten its length.

In Western herbal medicine, Thyme (Thymus vulgaris) is known as a tonic for the lungs and has both anti-bacterial and anti-viral properties. It is used to treat sore throats and dry coughs. This can be taken as a tea, used as a gargle or taken in a tincture and added to our diet.

All of these herbs can be taken in a formula, in a low dose as protection and an immune boost, or in higher doses to actually treat coughs and colds. A formula of several herbs is generally given, as herbs tend to work in synergy with one another and thus the whole formula is greater than the sum of its parts.

Innate immunity – which we’re born with – is within the lungs, and acts as our first line of defence. However, the digestive system also plays an essential role in immunity. In Ayurveda – the 5000 year-old Indian system of medicine – the term Agni, or digestive fire is seen as a cornerstone of good health. The ‘fire’ is needed to digest food and transform it into nutrition to nourish and protect our bodies. If our digestion is weak or slow, this will have direct impact on our health and immunity. Spices are used to keep the digestive ‘fire’ burning. Warming fresh ginger tea is the number one spice for autumn and winter, followed closely by cardamom – to clear mucous and phlegm. Chilli is used to improve circulation – great if you suffer from cold hands and feet.

Supplements
500mg daily buffered low-acidity Vitamin C
Zinc and Selenium. A handful of pumpkin seeds and three Brazil nuts a day will do the trick.

Diet
Eat hot food and include: Red grapes, spinach, beetroot and pomegranate to build the blood.
Reduce dairy as its cold and mucous-forming.

Massage
Massage is fantastic for improving health and immunity but the addition of some oils such Eucalyptus, lemon, juniper, cypress will really boost its effectiveness.

Health Tip of the month: In Ayurveda, sesame oil is used in the nostrils to prevent bacteria and viruses being inhaled and infecting the lungs. If you commute, use public transport or are taking a flight, dip your ring finger in pure sesame oil and wipe around inside each nostril just before traveling. 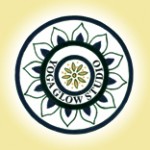 welcome to wellbeing in Beccles